Contributes to improved design flexibility in wearables, drones, and other devices 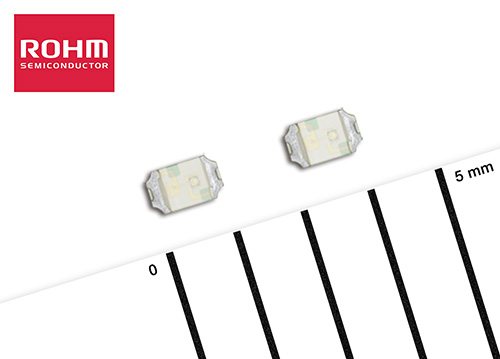 In recent years the number of applications that have adopted LEDs for lighting in conjunction with a notification function has grown significantly, and greater miniaturization at the component level is increasingly demanded in compact portable equipment. For drones in particular, which are attracting attention in a variety of fields, adoption in new applications is expected, such as utilizing multiple drones that integrate LEDs in visual performances. And due to significant expansion in these markets a number of companies have begun focusing on proprietary designs that require compact LEDs in a wider selection of colors.

In response, ROHM developed the popular SML-P1 series of class-leading thin, compact chip LEDs, utilizing a comprehensive, integrated production system and leveraging its strengths in element technology to eliminate wavelength variations that in the past have proven problematic. As a result, ROHM was able to increase the number of colors from 8 to an industry-leading 15, providing unmatched compatibility. 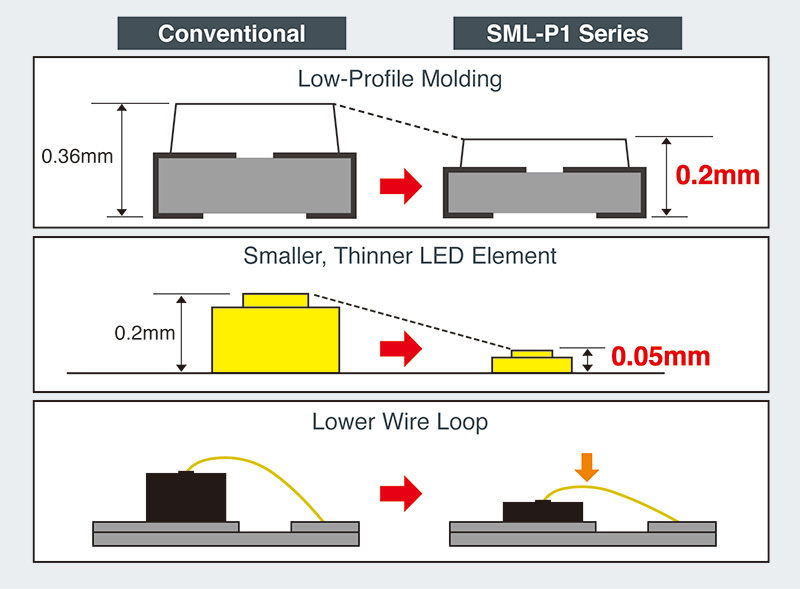 In addition, combining a lower gold wire loop with a thinner light emitting element (developed using proprietary technology) makes it possible to achieve the thinnest form factor on the market at only 0.2mm, contributing to greater compactness, lower profile and weight saving in mobile applications. Also, taking into consideration usage conditions during reflow allowed ROHM to prevent solder intrusion into the resin by implementing penetration countermeasures within the package itself. This is expected to prevent failures caused by solder infiltration during the customer's soldering process, improving reliability considerably. And going forward, ROHM will focus on strengthening its PICOLEDTM lineup to include high brightness types as well as expand its lineup of RGB LEDs capable of improved color mixing.

Seven new intermediate colors have been added to ROHM's existing 8-color lineup, resulting in an unprecedented 15 colors offered - the most in the industry. 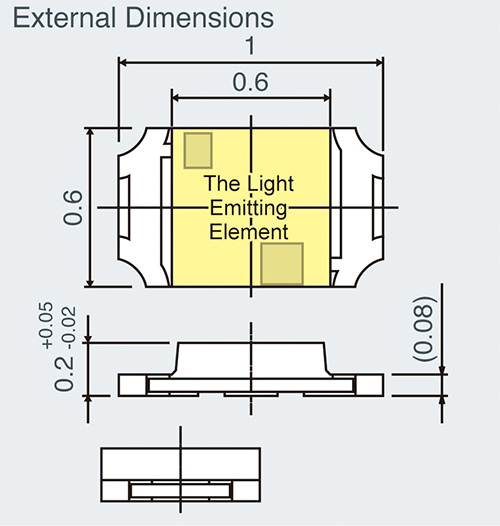 A type of stopper called a ‘solder resist' is implemented before the gold plating process to block the gold pattern (which features good wettability). This makes it possible to prevent solder from penetrating the resin, eliminating failures due to short-circuits and improving reliability considerably.